Spending a day at the beach in Cannes sounds glamourous, doesn’t it? When Kelly and I were road tripping through Southern France we couldn’t resist the opportunity to check out this famed city on the French Riviera. 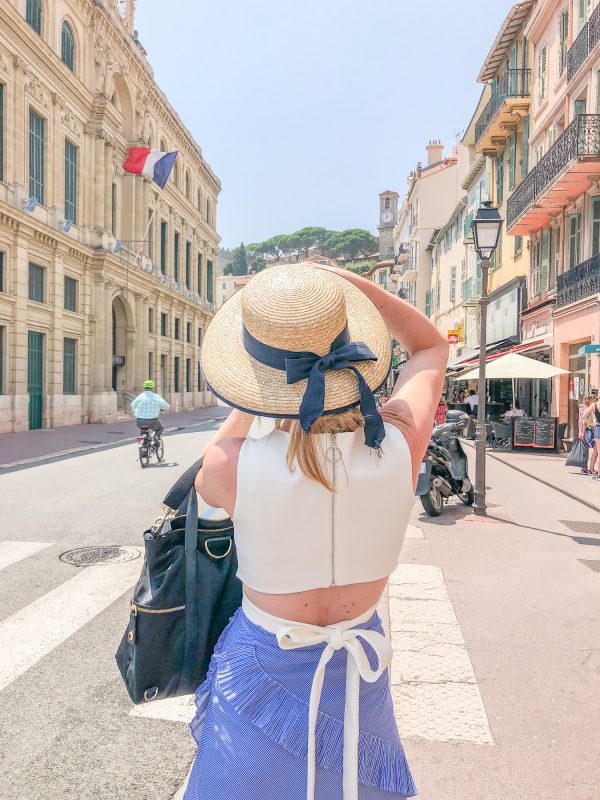 Cannes was so easy. We only had a vague idea of where to park and what to do. Somehow, going to Cannes with only the faintest plan was easier than navigating Paris (a place we have both been to several times) with detailed plans. It was a welcome surprise. 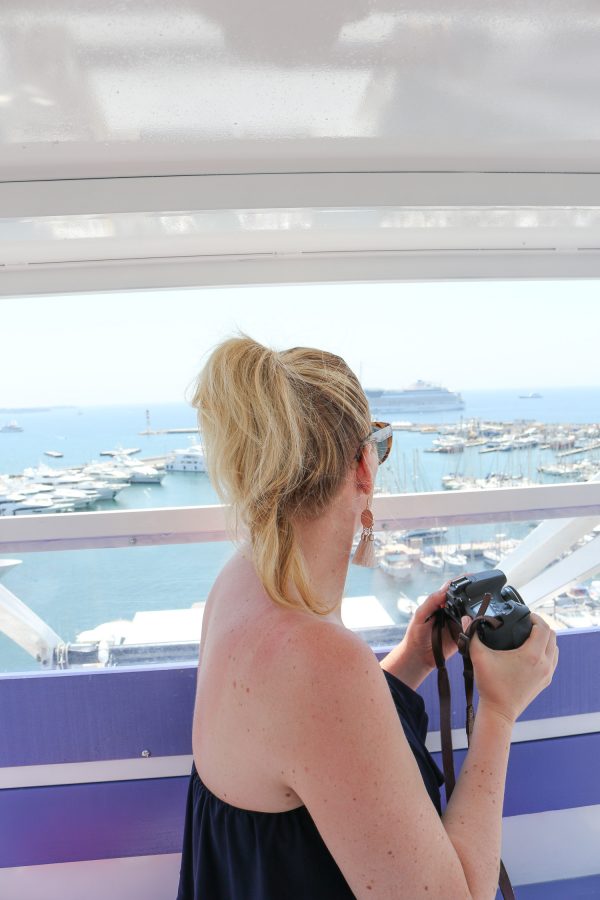 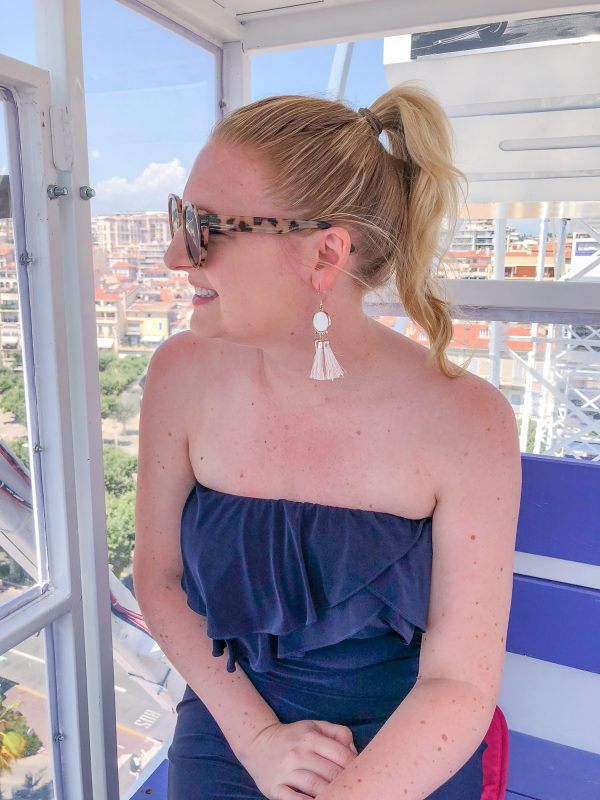 We instantly found parking, and when we walked out of the underground lot we looked up and saw a Ferris Wheel. There was no line, so we went for a ride to take in views of the city. 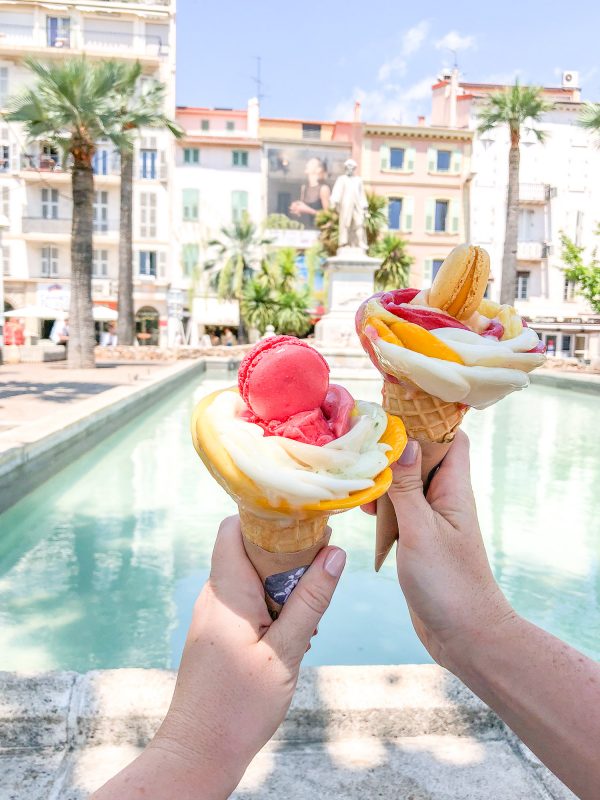 Next we got gelato, and went for a walk. When Kelly and I travel we eat a big breakfast, we have gelato as an afternoon snack, and then we have dinner. It is a schedule that works well for us. 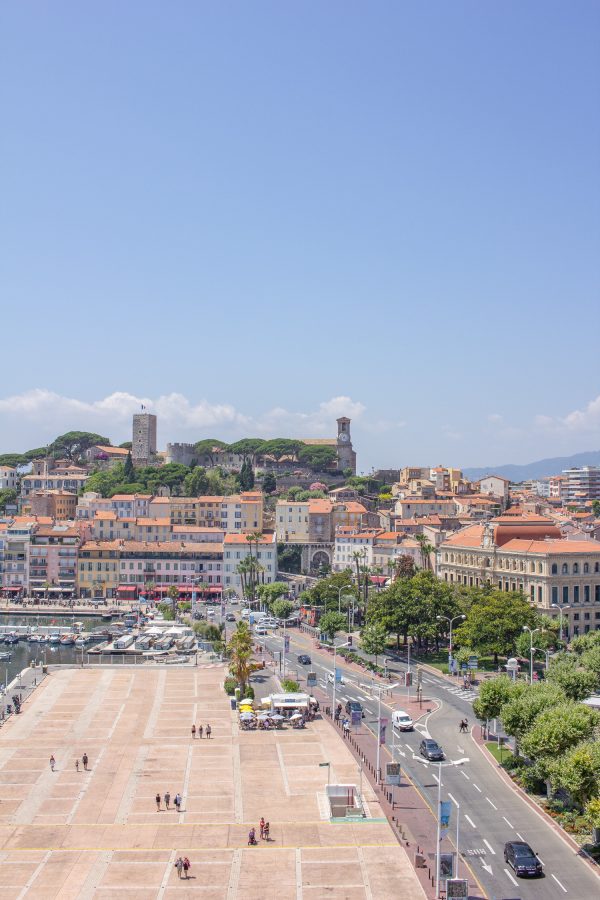 We had two goals when we went to Cannes. We wanted to see the city and relax on the beach. 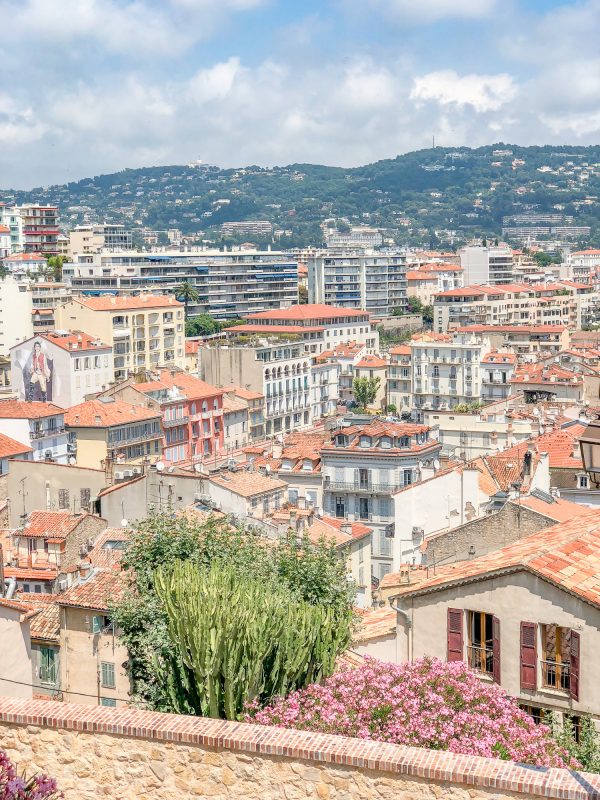 We walked up to the castle at the top of the hill in Cannes, which gave us a perfect view of the city and the marina. 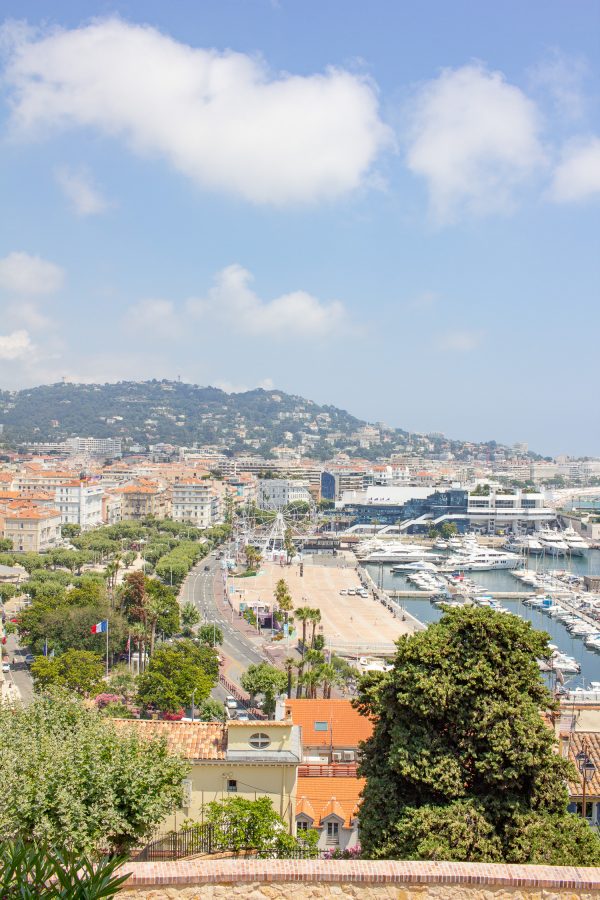 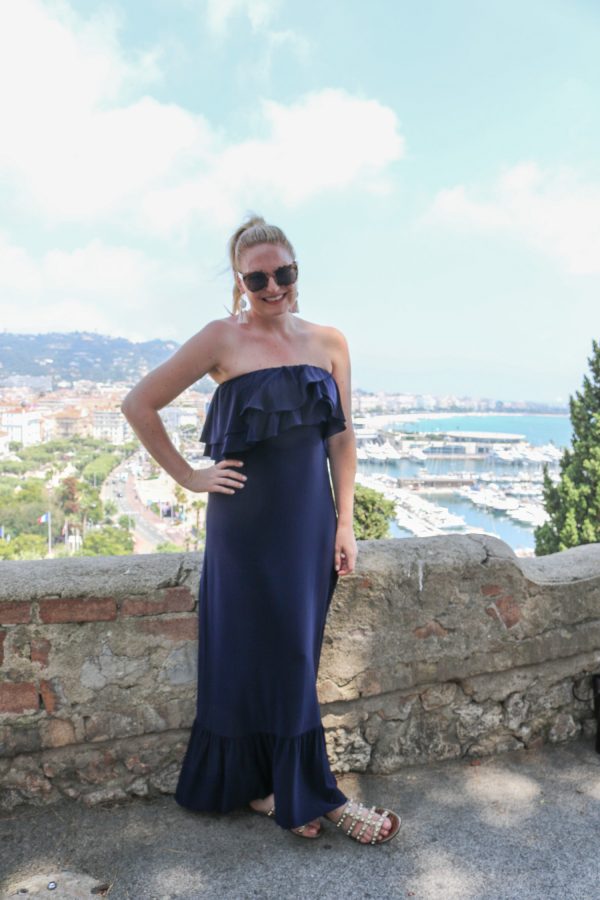 After taking lots of photos, and walking up a steep hill, we headed to the beach. 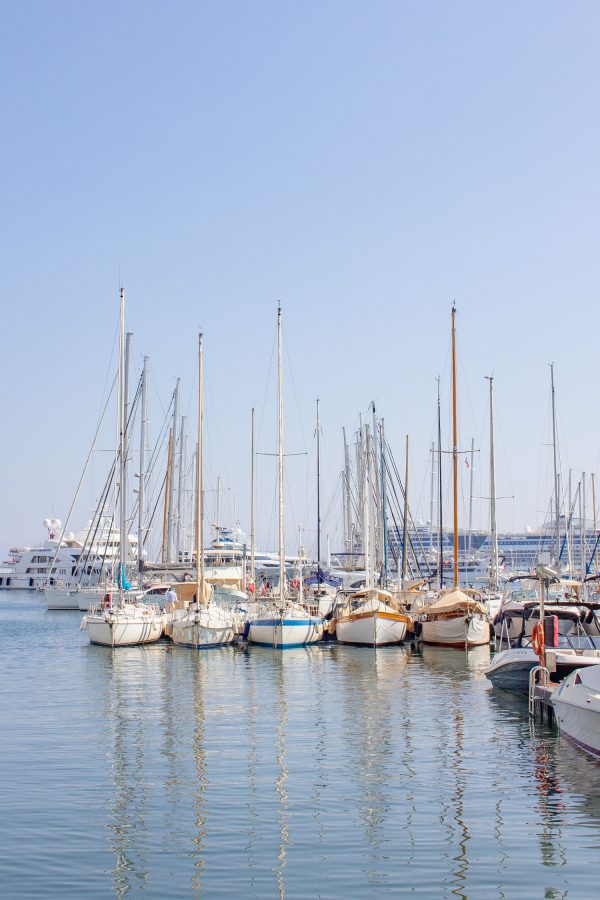 The beach was just on the other side of the marina, and we admired all of the beautiful sailboats and yachts on the walk. 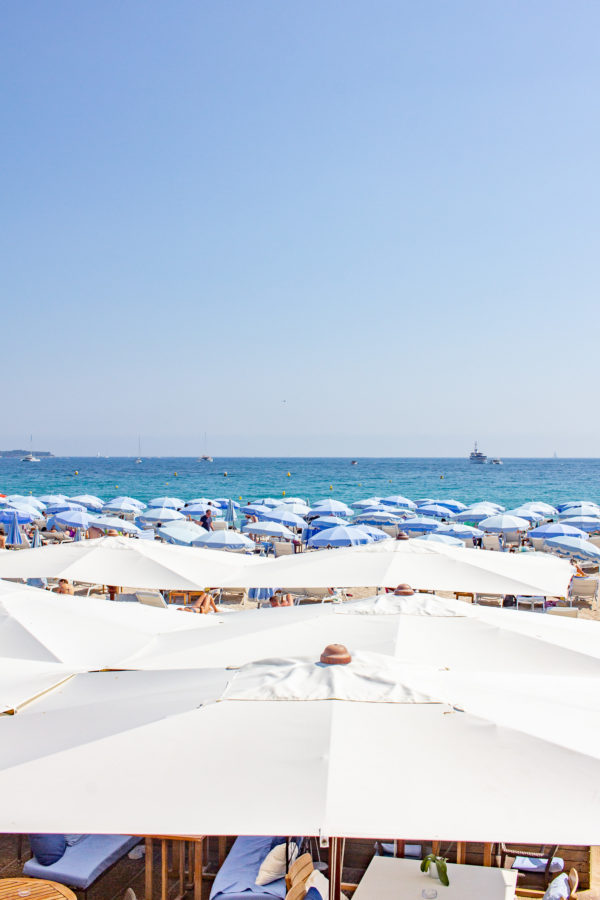 The beach has several sections. There are public areas, areas owned by hotels, and areas where you can rent beach set ups. 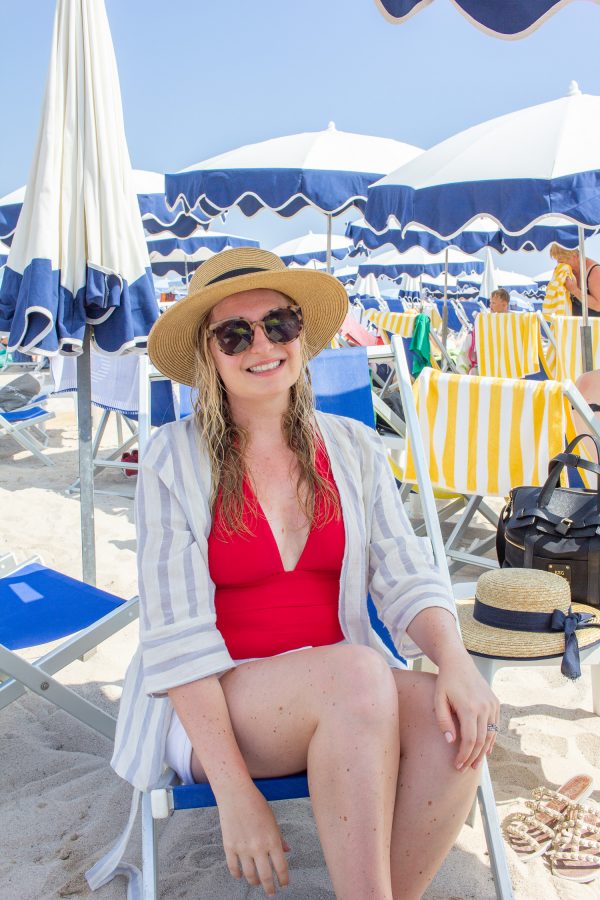 We chose to rent a beach set up. Doing so also gave us access to bathrooms and lockers. We brought towels but you can rent those too. 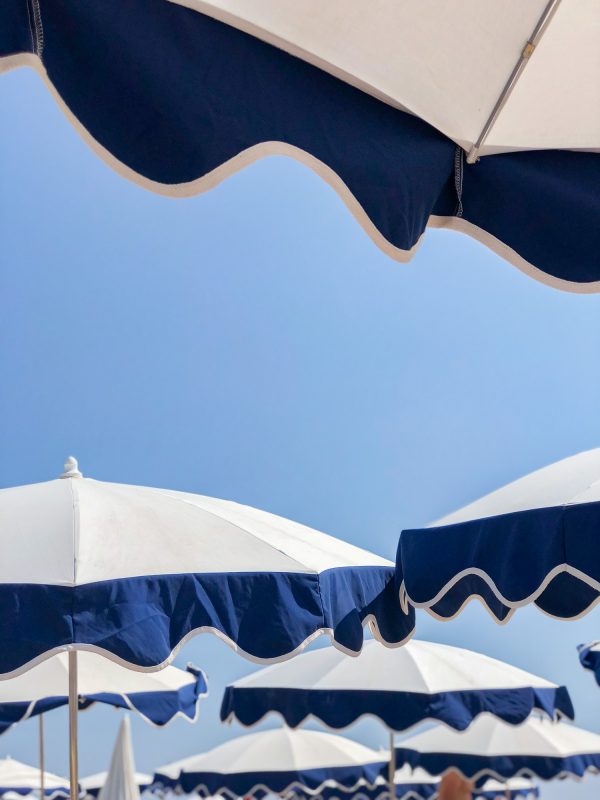 The beach was filled with a mix of locals and tourists. It was a hot day, and we loved cooling off by taking a dip in the Mediterranean Sea. 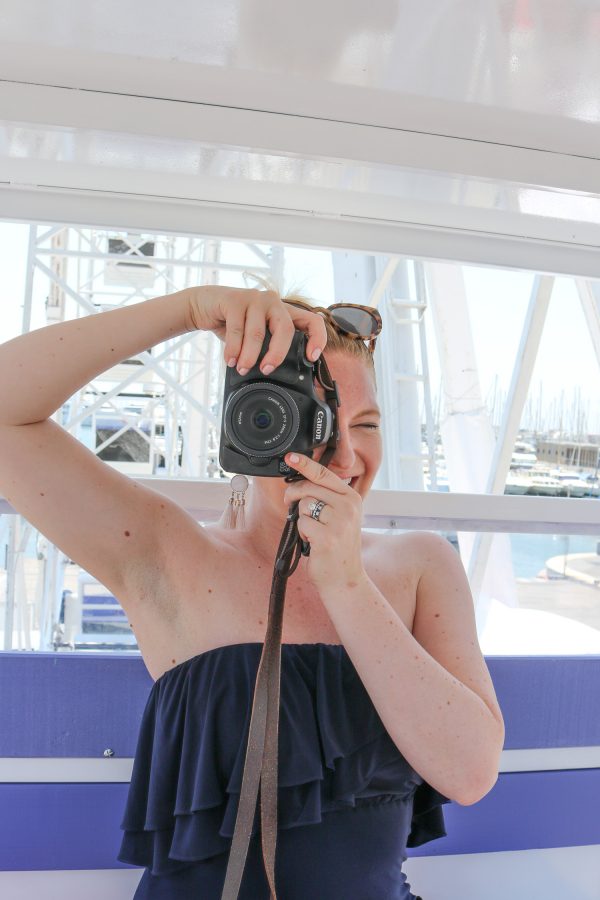 I had wrongly thought that a day in Cannes might be very expensive, but that isn’t the case. Parking was only 10 Euros for 4 hours, the beach set up (two chairs and an umbrella) was 16 Euros. All in – the ferris wheel, parking, the beach, gelato, bottles of water – we spent about $50. And we had a great day! 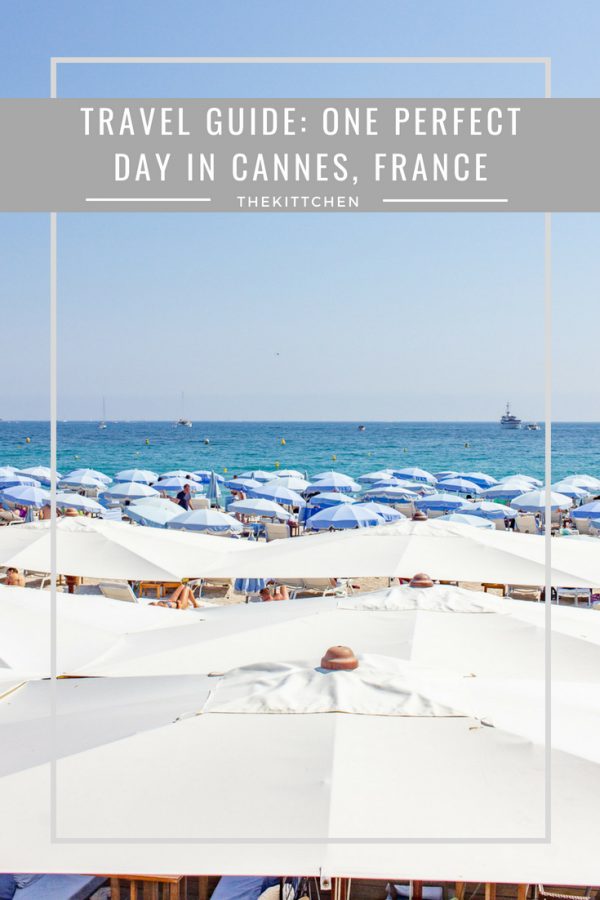