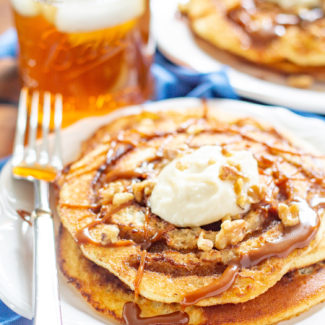 For the Cinnamon Swirl:

For the Toffee Sauce:

For the Cream Cheese Frosting: